Homeless with the Holy Spirit

It was a hot Chicago summer day four years ago. I was at Navy Pier deciding what to do. My friends had just left on a four-hour Segway tour of the city that I was unable to accompany them on because of some physical limitations that I have. I had some time to kill, but even if you are alone it isn’t hard to entertain yourself in downtown Chicago. There was music blaring from the “Beer Garden” stage, an IMAX theater and the Billy Goat Tavern. My friends would be back before I knew it.

As I made my way down the pier looking for something that was going to strike my fancy, I remembered that I had never seen Holy Name Cathedral. With four hours to kill I decided that I’d walk to it and check it out because when I visit a city I like to see two landmarks – the Baseball Stadium and the Cathedral; I’m not quite sure why, I just like to see both. I’d been to Wrigley Field the night before but Holy Name Cathedral remained on my list. I pulled my Chicago navigation guide up on my iPod touch as I turned around, got my bearings and started making my way there.

It’s a good haul on foot from Navy Pier to Holy Name and the path I took led me past the “Magnificent Mile” right around lunch time. Hungry from walking and distracted by an empty stomach, I didn’t consult the map when I saw a gigantic church in the distance on an adjacent street. Thinking that I had found Holy Name Cathedral, I made my way over to the church. When I arrived,  the sign read St. James Episcopal Cathedral, while a bit surprised, I had plenty of time so I stepped in the vestibule to take a look before I resumed my pursuit of Holy Name. Inside the vestibule, there were 3 sets of frosted glass doors that led to the sanctuary. I pulled on the handle to the first set to my right, they were locked. The center set of doors didn’t open either. Knowing it was probably a futile effort, I yanked on the leftmost set of doors to find that they too didn’t provide entry. Then in the corner of my eye – I spotted Him, arousing from sleep on a superfluous pew was a 300-pound homeless black man (I am a 150-pound pasty white Irish boy). I had interrupted his nap and so I turned quickly, trying to avoid an unwanted encounter. With my first foot out the door, he said “Hey young man.” The giant had caught Jack trying to leave the beanstalk and now he wanted some beans.

His next words were, “do you have twenty dollars to lend a poor homeless guy?” To this day the only reasonable explanation for the words that came out of my mouth as I turned around is the Holy Spirit taking a spiritual 2×4 and whacking me upside the head. I said, “Yes sir, I have $20 dollars and I will give that to you, but how would you like to have lunch with me.” My most immediate thought after I uttered those words were did I just say that? What did I just do? Maybe he won’t say yes. He answered me, “Alright, sure” and picked up the duffel bag next to him that contained all his possessions. I introduced myself and asked Him his name to which he replied “Albert.” We started walking outside and I asked him where he wanted to go for lunch; he knew of a food court a few blocks away. As we made our way to the food court, I asked him to tell me about himself. He led the way and told me a fragmented story about drugs, guns, theft, jail and disability. Albert had some serious mental health issues, physical pain and emotional trauma.

When we arrived at the food court, we both went to the Subway. After we ordered and received our food we sat down at an aluminum table. We unwrapped our sandwiches and he asked me what I did for a living. I explained that I was a Catholic youth minister in Wisconsin and a little bit about my ministry. His face now had a giant smile on it and he looked me straight in the eyes and said, “I am so glad to hear that you believe in Jesus and that you are talking about Him to kids, because I don’t know where I would be today without Jesus.” If you missed the irony in that statement, Albert was homeless. He had no money, no home and no family to lean on. By my standards things couldn’t get much worse for him, yet Albert knew that if He didn’t have Jesus in his life things could be and would be worse. It took me many months to realize the great faith this homeless man possessed. It is better to be homeless and believe in Jesus, than to be homeless and not believe in Jesus.

Both of us measuring time only in the amount of food we had left knew that this meal would soon come to an end. As Albert finished his bag of chips, I cleaned up our table. Sitting back down after tossing the trash away, he asked me, “what are your plans for the rest of the day; after all you’re on vacation?” I replied, “Well I’d like to see Holy Name Cathedral, do you happen to know how to get there from here.” He stood up, and said “Oh sure, I know” and proceeded to give me directions. As I shook his hand and thanked him for the directions he said, “Thank You Bill, I won’t forget you.” Then we went separate ways.

I never have experienced more joy or gained more wisdom during a meal in my life than at that food court Subway with Albert. I have shared meals with cardinals and bishops, theologians, co-workers, family and friends. I’ve eaten with gold plated silverware and drank from crystal glasses. But if you ask me where and with whom I’d like to share a meal with again, my answer would be sitting in a food court on an aluminum chair with Albert. Why? Albert reminded me when that all is lost only when we abandon Christ and if we possess Christ we possess everything.

The walk to Holy Name was only a few minutes, and Albert’s directions were better than any electronic device could provide. It was in those few minutes from the food court to Holy Name Cathedral that the Holy Spirit saturated my soul with his power as I reflected. I wouldn’t forget Albert, his love and trust in Christ deepened my faith in a way that I cannot express in words, song or emotions. Through the encounter with Albert, I was gifted by the Holy Spirit with a deeper understanding of what it means to be a member of the Body of Christ. I had a gained a more profound knowledge about what it meant to build up the Church. Finally, I arrived at the Cathedral, ascended the steps and pulled open the door. As I walked into the sanctuary and sat down to pray, I wasn’t surprised at all to find myself thinking that the aluminum chairs in the food court seemed more comfortable and the food court atmosphere to be more attractive. 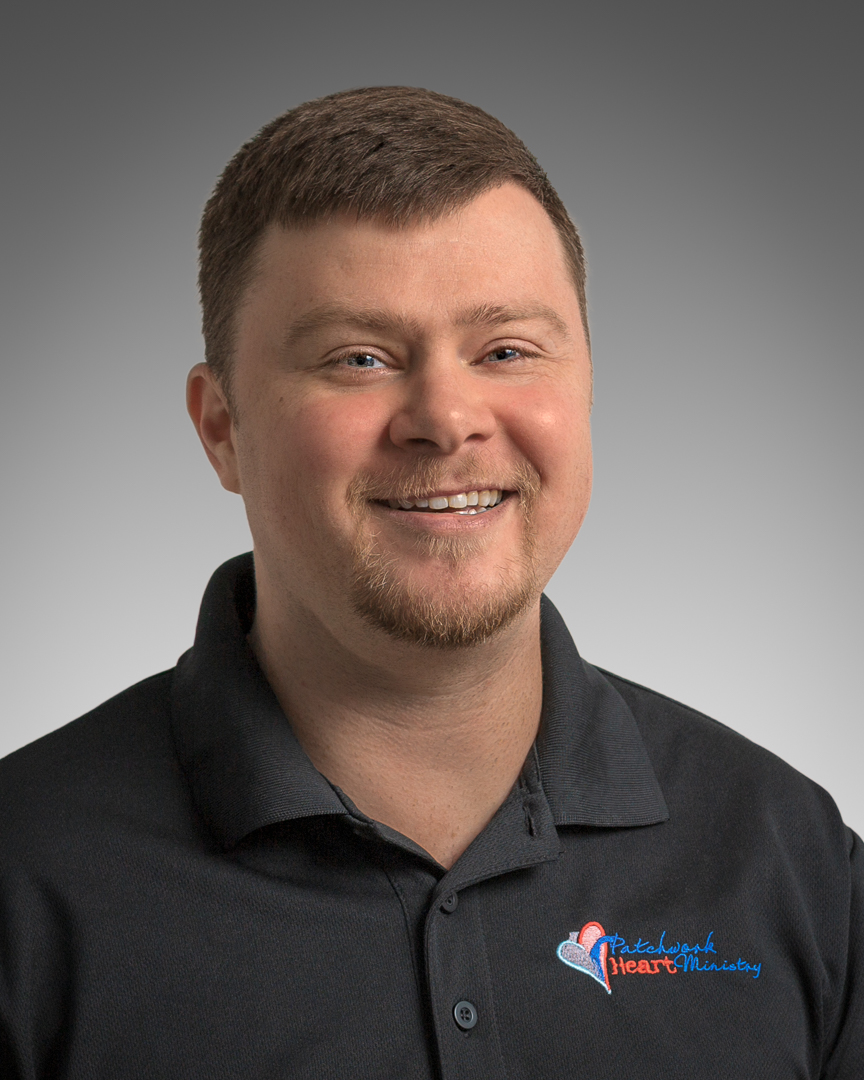 Bill is the Founder of Patchwork Heart Ministry, a non-profit [501(c)3] Catholic Youth, and Young Adult ministry. He inspires, engages, and challenges young people to live their faith boldly by example, through storytelling and media initiatives.

Bill has nearly a decade of ministry experience. In addition to founding Patchwork Heart Ministry in the spring of 2012, Bill served as the Director of Youth Ministry at St. Francis de Sales Catholic Church in Lake Geneva, WI directing nine area-wide Confirmation Retreats, initiated an annual parish trip to the Steubenville Youth Conference which achieved a 400% year-over-year attendance increase; and authored, produced and directed “Contemporary Living Stations of the Cross” an annual Lenten stage drama during his seven-year tenure. He was a member of the Conventual Franciscan resident-discernment volunteer program from February 2011 until April 2012 at Marytown, the National Shrine of St. Maximilian Kolbe.

His greatest strengths are his compassion, tenacity, and creativity. He empowers and equips others to share their faith journey and serves as a leader and innovator in media initiatives to spread the Gospel. Bill hosts and produces Young Catholics Respond, a weekly podcast, and radio show that is part of the Patchwork Heart, Breadbox Media, Light of Life, and Evangelism Radio networks. Bill also co-hosts and produces the Sewing Hope Podcast with his friend Anne DeSantis on Patchwork Heart Radio. In addition, Bill is the producer of the weekly program, the Bear Woznick Adventure on EWTN Radio Network, and is a media collaborator with the Truth and Life Audio Bible mobile application; developing and producing the in-app download, Scriptural Stations of the Cross. In 2012, he was recruited to be a part of the team that conceived, designed, and launched WSFI 88.5 FM Catholic Radio in Antioch, IL. He oversaw all in-studio technical operations, production and hosted various radio shows as Production Manager from December 2013 until October 2016.

He sews hope into broken hearts by recounting his journey of faith. His story has been featured on an episode of Shalom World TV’s Triumph and several radio programs and podcasts. He is the author of four works, Soular Quest: An Autobiography (2012) a short imaginative story that details his triumph over childhood struggles; Contemplative Stations of the Cross (second edition 2018) a devotional booklet featuring the fourteen traditional Stations of the Cross, A Contemplative Las Posadas (2019), an Advent-themed devotional reflecting upon the journey of St. Joseph and the Blessed Mother to Bethlehem, and Hearts Burning Within Us: Answers to Burning Questions From Catholic College Students (2021).

Bill is an Eagle Scout and holds a BA in both Theology/Religious Studies and Television/Radio Production from the University of Scranton, PA. He is a member of the Council for Pentecost Today USA and serves as a Discerner for the Charismatic Renewal in the Archdiocese of Milwaukee. He and his wife, Agnes, were recently blessed with a son, Elvin Francisco.

A Time for Saints

Yesterday, January 6, 2021, is a day that will never be forgotten. I was out rideshare driving for several hours while listening to the news on the radio…

What If You've Received the Eucharist for the Last Time?

We are living in unprecedented and uncertain times. The entire world has been affected by a global pandemic, it has reached nearly every corner of the ea…